The illumed have long been anxious for a fitting way to push pederasty on to the tepid and illiterate masses of Cuckmerica.  The dubious blockade provided by “Christianity” was overcome in a masterful stroke, the death of our foe as joyous as it was, was overshadowed by the birthpangs of glorious Cuckstianity.   Still, the elusive goal of celebrated sex with children was just out of reach, despite the noble but premature efforts of groups such as NAMBLA. (North American Man/Boy Love Association).

All initiated members know that sex with children is responsible for increased life span, and when supported by new life changing technology and extra human implants, functional immortality.  However, the unsophisticated pedestrians of Cuckmerica  have long misunderstood the joys of child love, and as such, 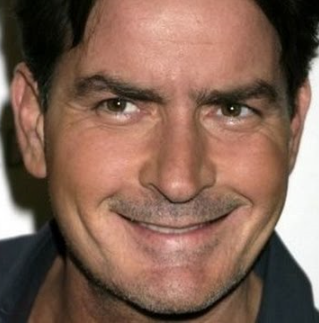 crucial knowledge like this was suppressed to protect our elite brotherhood.  Modern institutions such as the Skull and Bones  as well as the Bohemian Grove are keeping the wonderful catamite practice alive, away from the prying eyes of the uninformed masses.

While the elite of our groups are happy to share their political spoils with supporters, another special cultural group was also sharing the delight of young children.   Hollywood cultural icons have also been exposed to the secret benefits of sweet, sweet molestation.  More to the point, there is a chance that they have taken it a step further even than those in political power.  The public even knows about the perversion, yet, loves their movies and TV so much they willingly sacrifice their children’s genitals on the altar of entertainment.  Praise Moloch for their lust for fame.  Praise Mammon for their greed.

Those pulling the strings of power are clearly awash in the life prolonging practice of pederasty, but as of yet have been unable to foist widespread cultural acceptance on the public.  Luckily the entertainment industry is working tirelessly to change this.  While the sexual proclivities of Charlie Sheen are widely known and celebrated

(Two and a Half Men  was a great show, 9 out of 10 Cucks agree!)  his other lesser known interests are not.  In addition, Brian Singer, director of all the best X-Men movies is a wonderful stalwart of the Provert faith.  Geeks across Cuckmerica care not for all the young children he has touched, as long as he continues to bring their geeky fantasies to life.

With the unending effort of these our loyal adherents we will convince the unlearned hoi polloi of the benefits of man-boy love.  Hollywood and the politics are the mere tip of the iceberg.  In our next exciting installment we will go over the beautiful religious aspects, and how to punish those who fail to see the joy in this act of love.

5 thoughts on “Catamite convergence. Playing is for Pleasure. NAMBULANCE. Part 1”