In the hateful mind of the cis-gendered racist hetero-normal white male, the only way to make a child is through rape.   Nature, for some reason, insistent on reproduction through constituent male and female DNA combination is far behind our glorious progressive goals. Through diligent tax payer funded research there have been massive breakthroughs in this realm.  The future of child bearing lies not in the violent sexual abuse that constitutes P in V (the very thought is disgusting, no?) but genetically and scientifically aided homosexual reproduction.

In the future there will no longer be a “nuclear family”.  Instead there will be teams of homosexual fathers, communities of lesbian mothers, transgendered couples of all varieties.  Currently homosexual men are forced to go through the degrading and disgusting process of either having a child with a woman prior to their true male/male partnership, or using artificial insemination with a surrogate.  Science is hastily making strides to produce the first anal-uterine analog, allowing a gay couple to have sex the natural way.  Imagine the joy all over the faces of the first gay couple to produce a natural anal birth child!

Lesbians are much further along in this realm.  Artificial insemination has long been a reality, however the thought of a beautiful and wonderful lesbian couple being forced to have disgusting male biological matter to make a child is both sickening and perverted!  Thank Ishtar that science is finally getting around to the needs of humanity.  New techniques allow for fertilization of the part of the couple that wants to carry with no sperm needed.  Other options allow for sperm to be made from female DNA.  Advances are being made daily and each new piece of hate speech controlling legislation and each court decision away from hetero-normative behavior helps. Either way, the lesbian couple will finally be able to have child the way nature intended it, without men!

Last, but certainly not least for those adapting to their true sex (not the one foisted upon them by a vicious patriarchal society) new options are coming to life.  For Male to Female transgender hopefuls there is of course the now standard sexual reassignment surgery.  However, every boy who knows deep inside that he is a girl deserves the chance to be a woman.  He deserves the chance to have a child gestate in his body, that natural way.  Look to breakthrough uterine transplant technology to fix the problems that were still in the realm of miracles until recently.

Thanks to science, the need for useless religions is quickly coming to an end.  With life changing and affirming miracles there is no end in sight to what can be accomplished.

Without a doubt the only way to ensure global equality is for the white race to be excised from the world village.  The only good white is a suicidal white! If you are white go ahead and kill yourself now.

Unfortunately it is a difficult proposition to get the majority of whites to voluntarily self annihilate.  However there have been excellent strides in the wonderful world of CUCKOLDDRY.   For those few of you who haven’t sampled this delightful peculiarity take a moment to go look into it, we will wait.

As you have no doubt guessed the natural end of this fashionable fetish is knowingly raising the child of another, hopefully from out side your race, perhaps one day outside your species. 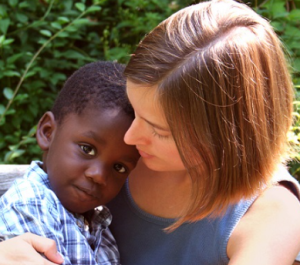 We digress.  The end result, the hard work of marketing departments across the world is a world in which every family phot0 looks like this.

It might seem like it is a difficult phenomenon to convince a whole group of people to voluntarily breed themselves out of existence.  There is one crucial weapon that has tilted the balance in our favor.  Cuckstianity.

By convincing “Christians” that the most honorable thing they could ever do is martyr their selves upon the altar of diversity, to hang them selves from the cross of equality, to impale themselves face first onto the sharpened end of multiculturalism we have rendered this religion into our greatest ally.  A cuckstian will sell out his self and his interests, his family and his friends for a sardonic pat on the head from those in power.

If you are white, by now you have realized that something has to be done about your inherent racist existence.  The only equal world is a world without white.